The British Studies Program, made possible in large part by the Gordon B. Hinckley Endowment in British Studies, is housed in the College of Humanities.

The goal of British Studies is to provide students with the opportunity to obtain a broadly-based, multi-faceted understanding of the culture and society of Great Britain and the former colonies of the British Empire. To this end, British Studies promotes interdisciplinary study across six departments (English, Film, History, Philosophy, Political Science, and Theatre); and hosts public lectures by distinguished scholars. 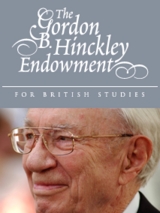 About Gordon B. Hinckley

Gordon Bitner Hinckley was born into a religiously dedicated and culturally refined family on June 23, 1910. His parents were both educators - a college president and an English teacher - who helped infuse Gordon with a love of learning. He grew up as a voracious reader, in a home with a library filled with more than a thousand volumes of literary, historical, and philosophical works.