This annual lecture was established to bring to the University of Utah and Salt Lake City community leading lecturers and researchers in the field of British Studies. The series is intended to be intellectually and academically rigorous, and is offered free of charge to students and the public. 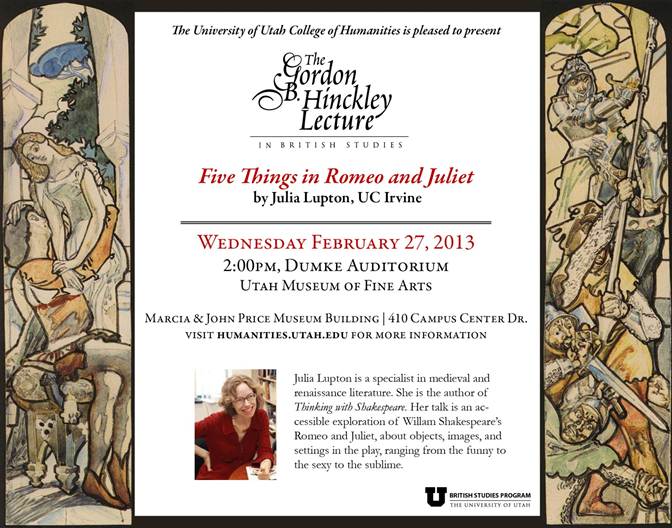 View photos from the event here